THE WORLD
OF PLAY-DOH

In 2016, for its 60th Anniversary, Playdoh launched a new worldwide communication platform focused on one word: « imagination ». 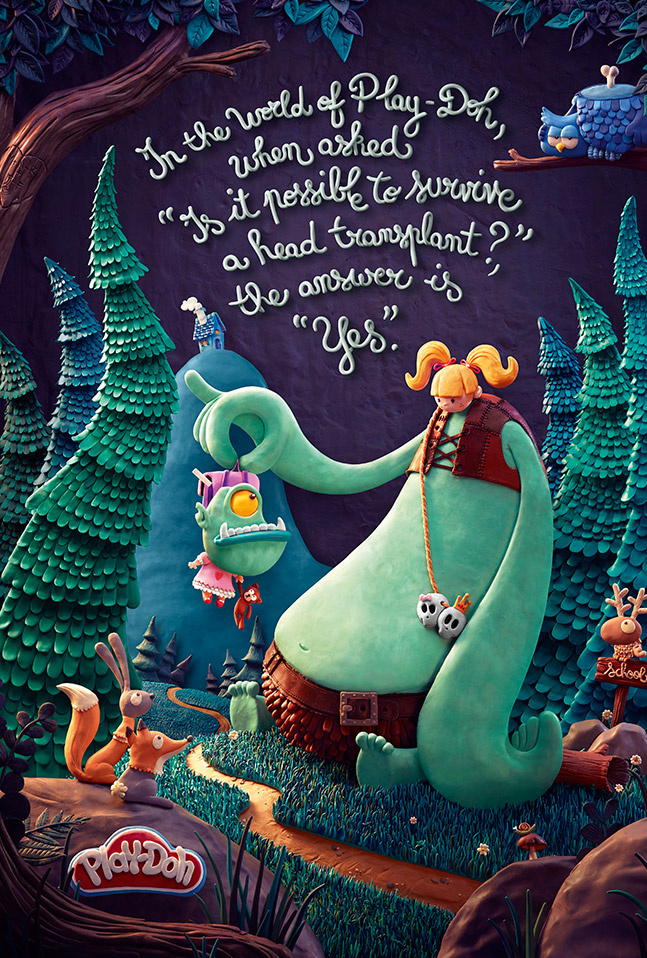 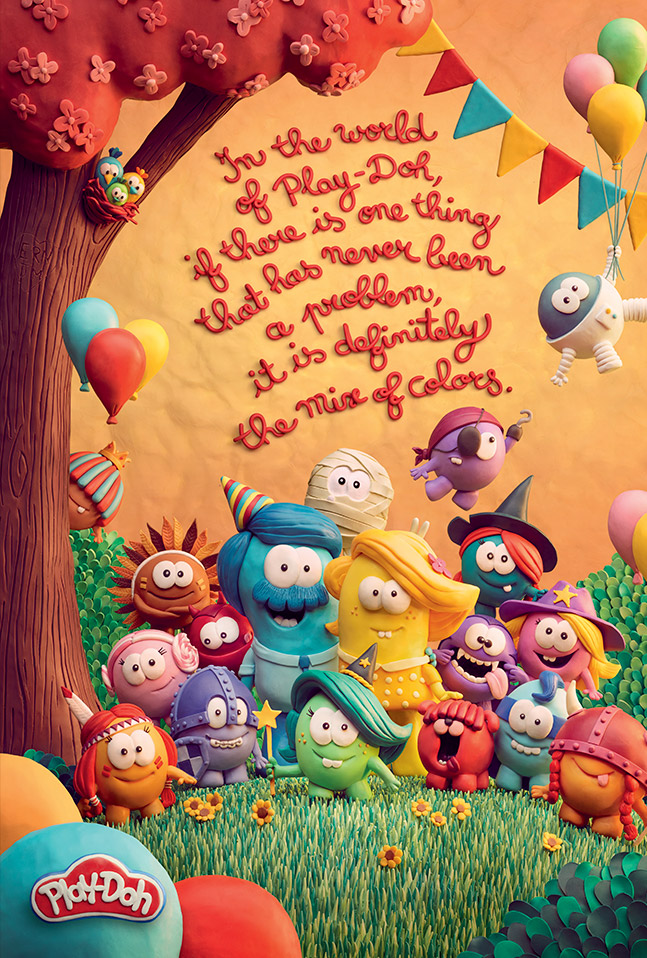 IN A WORLD OF APPS AND DIGITAL ENTERTAINMENT, WE HAD TO SHOW THAT PLAY-DOH IS STILL A WONDERFUL WAY FOR KIDS TO EXPRESS THEMSELVES AND DEVELOP THEIR IMAGINATION.

We all had the opportunity to play with modeling clay one day, when we were a kid and it felt marvelous at the time. It felt like anything is possible with this simple fantastic material that knows no limits, just like a child’s imagination. We started with a very simple, yet universal idea: when kids play – and especially when they play with something like modeling clay – they build their own stories. Their own world, where anything is possible, even if it totally contradicts the laws of universe. That is how the « World of Playdoh » was born. We then simply had to explore it.

Our strategy was to talk to parents as much as their children. Because parents are the ones who can decide what is good and what is not for their own kids. And we wanted to remind parents that sometimes the most low tech toys are the best for their children.

Like any long-feature animation film made by Pixar or Dreamworks, our campaign was aimed to the family. We wanted everyone to find something they like. The style was intentionally childish and colorful, as a clear reference to the children’s universe, and we knew that it would be attractive to the young ones. But the tone of voice added something aimed to the adults as well. The headlines were written to have multiple layers of meaning for kids and parents.

A concept was not enough to bring to life « Playdoh’s world. The craft was as much important to us. We wanted every square centimeter of the ads to be 100% Playdoh’s DNA. The image, the typo and even the logo are all hand made. In such a manner that not only kids would be amazed, but their parents as well.

In fact, we wanted that adults feel like kids again in front of the print ads. We wanted the posters to be like a Christmas window. 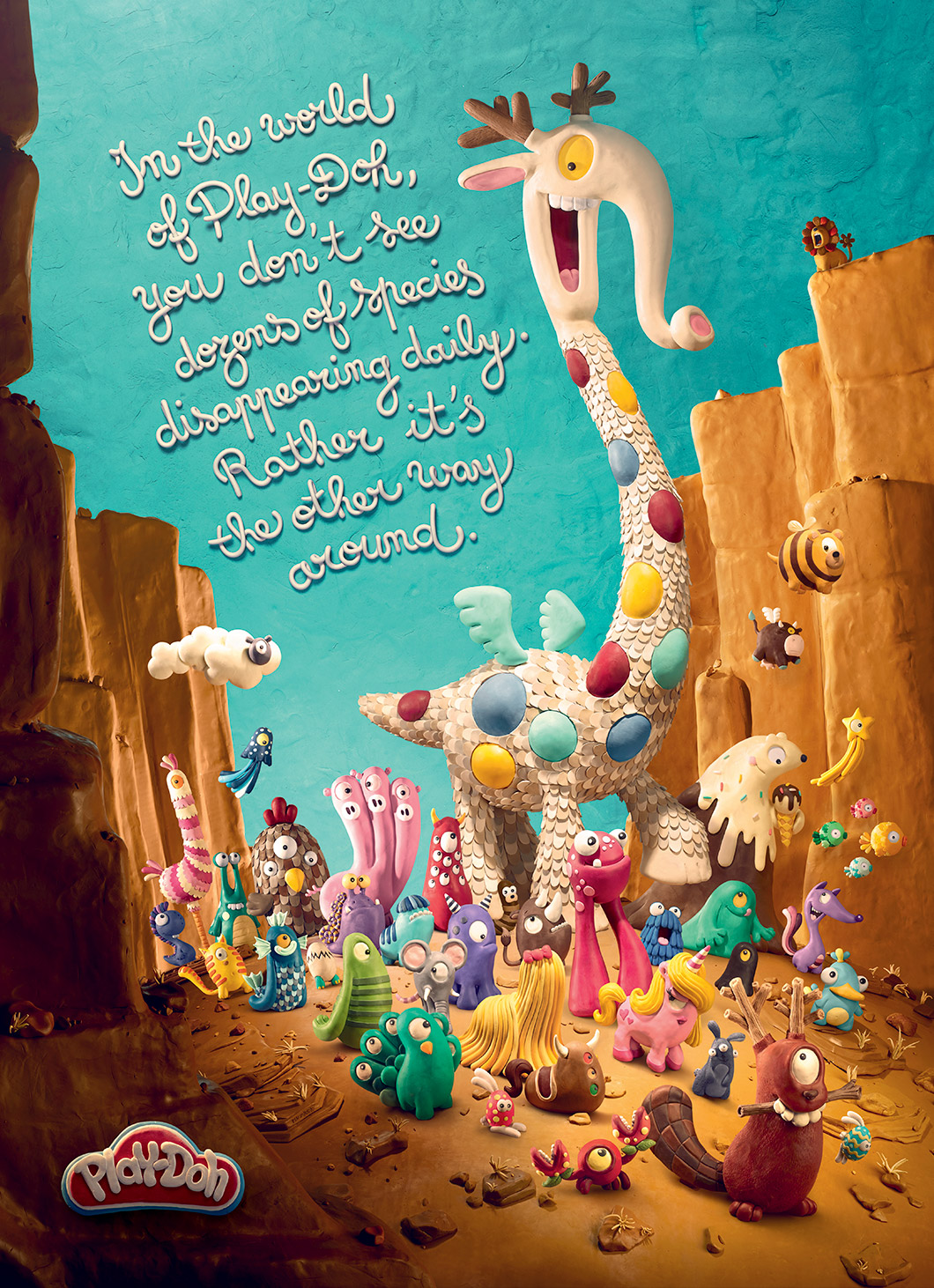 It started with some dozens, then hundreds, then thousands of drawings, to shape every character, every animal, every detail. It followed with a huge work on colors, made on computer this time, to be sure of every piece’s tone. Then came the time to model clay and it changed a few grown-ups into kids. Months of extremely precise, yet joyful work, for each visual, tagline and logo. Finally, every piece was shot in studio.

And one day, we saw that we had brought to life “The World of Playdoh”. Truly.

The campaign has just been launched at the time of registration, so it is early to talk about results, but the next planned step of the campaign is to expand all the wonderful characters of the “Play-Doh World” on social media and the web. 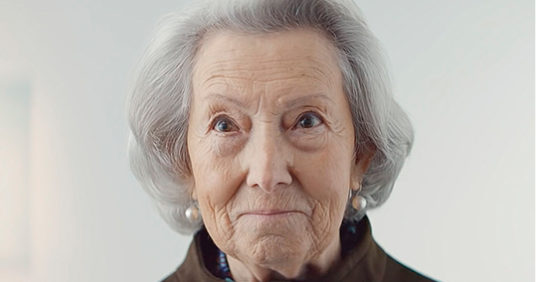 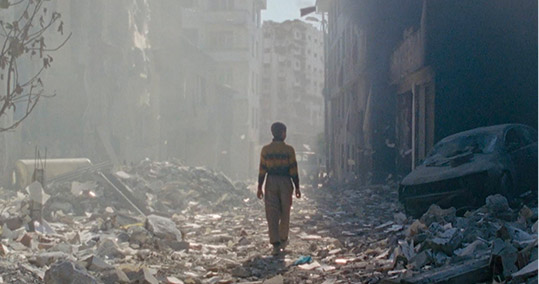 THE BEAUTY OF THE WORLD 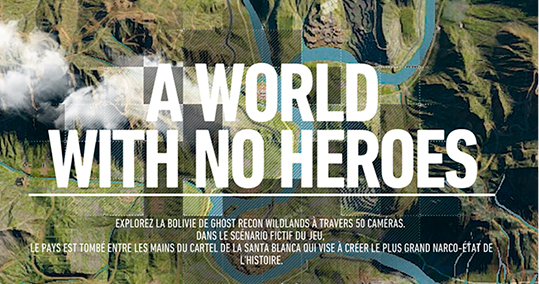